Numerology is the study of relationships between numbers and events. There are many traditional forms of numerology dating back to the earliest mathematicians, however, numerology is no longer considered to be part of mathematics.

Numerology is often used alongside astrology and the like to predict life paths and occurrences. Similar to astrology, there are specific charts that one can have done and interpreted. Each number has a meaning and a significance depending on where it appears in the chart.

The meanings of each number are not specific and the interpretations of the numbers vary from culture to culture. There are several common interpretations. 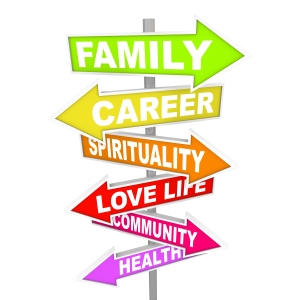 1 is understood to mean individual. It often refers to “self” and represents leadership.

2 represents balance and being receptive. It also refers to union and/or partnership.

5 represents action. It can also represent restlessness (within the person), as well as life experience.

6 represents family and the home, as well as the responsibility that comes along with these things.

7 represents spirit. There is also a close tie to consciousness and thought.

8 is the number of power. It also recognizes sacrifice, which is something that often comes with power.

Like astrology, the interpretations of numerological charts leave much up to the person receiving the chart. The amount of truth that you will find in your chart depends on how you interpret what has been said. It is important to take these charts as you would an astrological reading. There may be things that are more true to your experience than others. How you interpret these readings is your choice. An important thing to keep in mind is not only to look forward, but look at all of the wonderful gifts and blessings that are a part of day-to-day living.